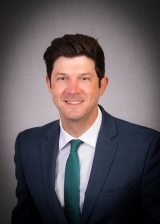 Welcome! I am an Assistant Professor of National Security Affairs in the College of Distance Education (CDE) at the United States Naval War College (USNWC) where I teach courses on Foreign Policy Analysis, International Security, and Leadership and Decision-Making. Prior to joining the USNWC as full-time faculty I served as a Postdoctoral Fellow with the National Security Affairs Department (July 2021-August 2022) where I taught Foreign Policy Analysis as part of the core curriculum for both the College of Naval Command & Staff and Naval Command College. Previously, I served as a Postdoctoral Researcher with the University of Central Florida (May-July 2021) and as a Visiting Assistant Professor in International Studies at Centre College (August 2019-July 2021) where I instructed courses in Comparative Politics, International Relations, Research Design, National and International Security, African Politics, Human Rights, Child Soldiering, and Global Health. I earned my Ph.D. (August 2019) in Security Studies from the School of Politics, Security, and International Affairs at the University of Central Florida. During the 2018-2019 academic year I was a Minerva-Jennings Randolph Peace and Security Scholar with the United States Institute of Peace (USIP).

My research broadly focuses on conflict dynamics and processes. My primary research centers on human security and irregular warfare with specific attention on rebel recruitment strategies, militant financing and tactics, and foreign policy in combatting non-state armed groups. In my research I use a variety of methods including statistical modeling, case-studies, and semi-structured interviews.

In addition to my work on human security and militant behavior, I research and write about private military and security companies (PMSCs), civil-military relations and prospects for democratization or democratic backsliding, maritime terrorism, and counterterrorism effectiveness. To date, my research has been published or is forthcoming in outlets such as African Security, Africa Spectrum, the British Journal of Politics & International Relations, Civil Wars, Conflict Management and Peace Science, the Commonwealth Journal of International Affairs, Democratization, the European Journal of International Relations, International Studies Quarterly, Small Wars & Insurgencies, Third World Quarterly, and Water. I also aim to contribute to several academic/policy outlets such as The Conversation, Duck of Minerva, the L.A. Times, the Modern War Institute, Political Violence at a Glance, and War on the Rocks.

I hold a B.A. (2008) in Political Science, MPA with a concentration on public management (2010), and a M.A. and Graduate Certificate in International Conflict Management and Resolution with a focus on National and International Security (2013) from the University of North Carolina Wilmington. I also earned a Graduate Certificate in Intelligence and National Security (2018) from the University of Central Florida.